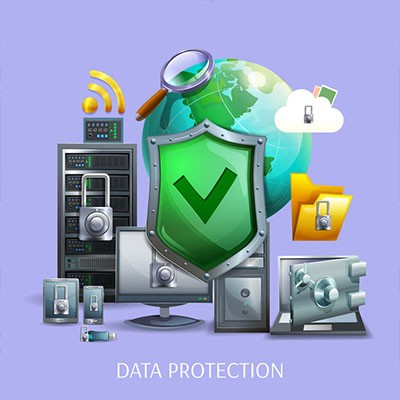 When Microsoft came out with their new operating system, Windows 10, they had something that other OSs weren't able to match, integrated new security software that was going to keep users safe as new threats are presented each day with an aim at corrupting computing systems and stealing critical personal information. Today, we take a take a new look at the Windows 10 security features and how to get the most out of the new OS.

Advanced Security
With the litany of threats every user faces these days, it is imperative that every user knows exactly what they are facing. Microsoft, like many software developers, have begun to shift their products to be services, which, in turn, has them beginning to offer biannual rollouts to patch major security issues quickly and efficiently. The end-user is inundated with threats that weren’t even problematic a short time ago.

Let's run through some of the security improvements Microsoft has made through the latest updates.

Windows 10 - 1809
This past October, Microsoft released the 1809 update. This provided a more comprehensive patching cadence of Windows 10. It changed the way that Microsoft patches .NET software. It now uses a separate patch, similar to the way they used to do it with the Windows 7. This will allow new features and updates to be easily released to properly integrate with the version of Windows 10 you are working on.

Windows Defender ATP Improvements
Improvements have been made to Microsoft 365, so that now if you purchased the E5 subscription you will have access to an integrated threat analytics dashboard. Here is where you can find recent attacks and the current risks your organization is facing at the moment. It also provides current information about security incidents that have targeted the Windows 10 OS.

Enhanced Reporting
Also available with an Enterprise E5 or Microsoft 365 E5 plan is enhanced reporting to its cloud-based platform, the Microsoft Secure Score Dashboard. This allows you to see, front-and-center, how your antivirus application, Windows 10 security, and firewall are functioning in real-time.

Windows Security Center
What was once called Windows Defender Security Center has dropped the “Defender”. It is used as a reliable reporting tool that will integrate with other parts of your network security system (antivirus, antimalware, antispyware), and is controllable through the Action Center.

Microsoft is constantly improving its security functions to keep your systems, servers, and network safe from the immense amount of threats found on the web. For more information about Windows update 1809, or for any other network security matter, contact the security professionals at Accucom today at (02) 8825-5555.

Facebook Twitter LinkedIn
Tags:
Microsoft Network Security Windows 10
Is Chrome OS Compatible with Your Business?
Tip of the Week: How To Get Better at Managing You...

More posts from author
Saturday, November 28, 2020 Adobe is Retiring Flash and You Should Too
Thursday, November 26, 2020 Why Managed Services Are Your Best Bet for IT Support
Tuesday, November 24, 2020 Technology to Target as the Holidays Approach

Adobe is Retiring Flash and You Should Too
Adobe Flash, once one of the most utilized pieces of software on the Internet is being retired by the software giant. Support will stop on December 31, 2020 and like any other piece of retired software, you should remove it from any systems...
Read More