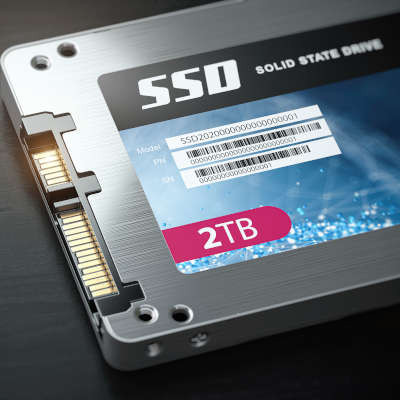 If you are buying a new desktop or laptop, one of the specifications you might care about is how much data it can store. After all, your family computer needs plenty of storage for your photos and documents, and if you have kids, they’ll want to install games and other applications on it that fill up a hard drive. These days, however, it’s less about how much space your hard drive has and more about how fast it can run. Let’s explain this, and then talk about something you should almost always look for when picking a hard drive for your PC.

For most users, the standard hard drives that come with modern PCs and laptops can hold a lot of data. That’s because it costs about the same amount of money for a factory to produce a hard drive that holds 256 Gigabytes of data versus a drive that holds 512 Gigabytes of data. Plus, over the last several decades, the world’s demand for more and more storage has exploded.

It’s actually crazy to think about. It’s been estimated that, as of 2020, every single human on Earth is creating 1.7 Megabytes of data… every second.

Remember those old school 3.5 inch floppy disks? Those store about 1.4 Megabytes of data. That means each and every second, humanity is producing so much information that we could fill eight billion floppy disks.

You’re probably asking why I started this out by saying storage isn’t an issue, right?

We’re not using floppy disks anymore. Modern hard drives are exponentially bigger, faster, and more efficient. The average new PC, right off the shelf, comes with the storage capacity of over 750,000 floppy disks, give or take.

On top of that, the bulk of the data that the world is producing is typically allocated to the cloud. It’s collected by Google, Facebook, Amazon, a massive number of web hosts, and businesses and entities across the globe.

So this got a little off track, but the point is, for most users, that 1TB drive that comes with a PC is a lot of storage. Unless you are doing a lot of gaming, photography, 3D modeling, or video editing, a single PC usually doesn’t need much more.

This goes double for most office PCs. In fact, in your office, you should be storing all of your company data in a centralized location—either on a server on your network, or in the cloud, depending on what your business does. If you need help determining what your business should do, definitely give us a call at (02) 8825-5555.

The point is, your main metric that matters for choosing the hard drive that goes into a PC isn’t it’s capacity, unless you specifically know you need a LOT of storage.

Hard Drives are the Biggest Performance Bottleneck for Modern PCs

Today, modern PCs are extremely fast compared to the standards from a decade ago. Modern PCs tend to have incredibly fast and efficient processors, and it’s standard to have 8-16 gigs of RAM in your typical workstation. This is plenty for running office applications and typical day-to-day software without a hitch. The biggest bottleneck a modern PC can have is the hard drive itself!

There are, essentially, two types of hard drives (there are more, but let’s keep things simple).

Hard Disk Drive
Sometimes referred to as mechanical hard drives, or HDDs, these drives contain an array of shiny magnetic platters that spin really fast and store your data. They were the time-tested standard for decades, and they are usually the cheaper option when compared with alternatives with the same storage capacity. There is still a market for HDDs—they can reach really high capacities as far as storage is concerned, so they go well in devices that are designated to store high volumes of data, like your server or backup devices.

Solid State Drive
Sometimes referred to as SSDs, these drives store your data electronically, not physically. There are no mechanical parts. This makes the process of reading and writing a file much faster, and thus makes your computer run a whole lot faster. While they are slightly more expensive, the price has come down so much over the last couple of years that there is no reason not to pay a little more for the benefit of having much better performance, stability, and reliability.

When you are purchasing a new workstation, you should always at least have your main system hard drive be a solid state drive. If you need additional storage, you can add secondary drives to most desktops, or you can always store excess information in the cloud or in a central location.

If your business needs help choosing the right technology that will get the job done quickly and effectively, reach out to Accucom at (02) 8825-5555 for assistance.

Facebook Twitter LinkedIn
Tags:
Data Hardware Computer
Cloud Hardware is More Popular Than Ever. Here’s W...
Tip of the Week: What to Do Before You Lose Your M... 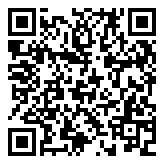