The “Current” State of Wireless Charging 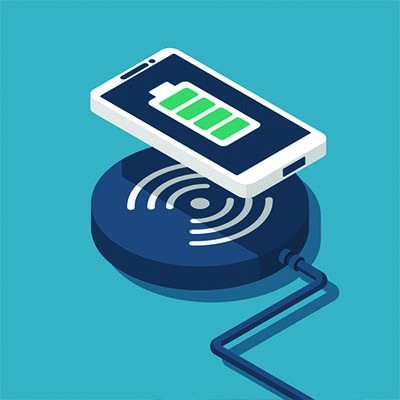 It seems that wireless power has fully upgraded from the electric toothbrush to our other electronics. This technology, known as near-field induction charging, has taken off… but it is still limited in the fact that the device has to be in contact with the charger. For now, at least.

How Wireless Charging is Used Today

Chances are, you probably use wireless charging on a daily basis, or at least could. Once the Qi wireless platform became the standard for wireless charging, not only did the technology become much more effective (going from a 2.5-watt delivery to 15 watts), both Apple and the various Android manufacturers have included it in their devices.

The convenience of wireless charging has really allowed the application of it to take off. In addition to workstations and nightstands, wireless chargers have appeared in public places, like restaurants. Plus, with no evidence that it negatively influences the battery’s lifespan any more than wired charging does, it only makes sense that wireless charging will be seen in more and more applications.

For instance, the Wireless Power Consortium (which developed Qi charging) has been developing large-form-factor charging pads for the kitchen to power appliances. More to a business’ interests, they are also investigating how to increase wireless charging power delivery limits.

Will Wireless Charging Ever Be Possible Over Distance?

A variety of manufacturers have developed a means to wirelessly send power over a (relatively small) distance, so it has been confirmed that such a technology is potentially possible.

It’s the efficiency that becomes the issue.

What’s worse, resolving that inefficiency by increasing the power could be extremely unsafe, and that’s where regulators start to find issues. Again, truly wireless charging achieves about 10 percent efficiency. It’s hard to compare that to Qi near-field’s rate of about 75 percent efficiency, and wired charging’s 85 percent.

What do you think? Will we ever see truly wireless charging that can safely compete with our other options? Share your thoughts in the comments!