Does a Touchscreen Make Sense on a Computer? 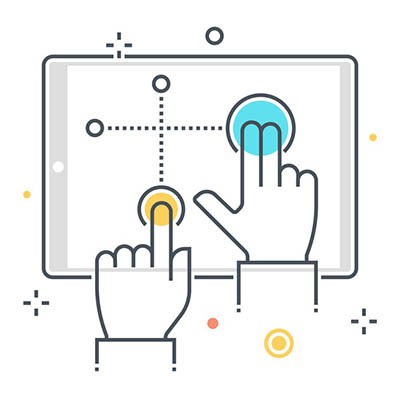 Human beings are tactile animals, from the very beginning of our lives, we learn and interact through touch in a major way. This may explain why touchscreens exploded in popularity so quickly once the necessary technology was finessed. However, are we trying to put touchscreens in places where they don’t make sense? Do we really need a touchscreen on our computer?

In short, it more or less depends on what kind of computer you plan to use.

Options
Remember, while the term ‘computer’ conjures up a very distinct image in the mind, the technology has developed enough that the term “computer” could actually refer to quite a few different pieces of equipment. First, there’s the classic tower and monitor configuration that likely was the first to come to mind. If not that, a laptop also qualifies as a computer, and we would be amiss if we disregarded the all-in-one PC in our considerations.

Laptops
For a number of reasons, incorporating a touchscreen into a laptop computer only makes sense - the touchscreen is easier to navigate with than the native trackpad, and the screen tends to be right there as you are working. There are a few downsides to a touchscreen, though.

First, battery life. As you may expect, the inclusion of a touchscreen increases the power drawn on a device’s battery, because the touchscreen effectively has to be ‘on’ all the time to pick up any activity on the screen. This consistent power drain can reduce the device’s total run time by as much as 20 percent. There is also maintaining the device to keep it clean and tidy enough to use properly, as touchscreens can be veritable fingerprint magnets. Finally, including a touchscreen in a laptop will tend to increase the price considerably, unless you’re willing to sacrifice performance for a cut in cost.

Regardless, many people find that a touchscreen laptop is a worthwhile investment, despite these trade-offs.

Desktops
In the traditional desktop computer, with its combination tower and display, a touchscreen is generally considered too impractical to be worth it due to one overwhelming factor: the cost.

Consider the size difference between a laptop’s display and the 24-inch monitors that are now the norm. Due to their smaller sizes, it is much more cost effective to make the switch to touchscreens in a laptop than it is with a screen that is associated with the typical desktop. Combining that with the fact that a mouse eliminates the challenges presented by most trackpads, a touchscreen desktop simply doesn’t make sense for a business to invest in without a specific reason to use them.

All-in-Ones
While many would argue that these devices are simply a specific kind of desktop, all-in-one computers act more as a hybrid between a laptop and the conventional desktop. As a result, they bring many of the benefits of a laptop, without the trade-offs of the latter. In fact, they more or less share the features of the laptop touchscreen, supported by the power of a full desktop. They share the laptop’s susceptibility to smudging and fingerprinting, and their glass coating often accentuates these blemishes. However, their multitouch support lends itself quite nicely to many tasks.

Mobile Devices
The touchscreen has made it possible to create computers that can fit in the palm of your hand. This revelation has led to the biggest computing boom in history. Since midway through October of 2016, more people have own smartphones than desktops; and, as processors get better and better, expect to see that figure continue. More can be done on a mobile device today than ever before, and the touchscreen interface is a big reason why.

At the end of the day, it will be your preference whether or not your business’ technology includes touchscreens or not. Accucom can assist you in configuring your technology, whatever it may be. For more information into the services we offer, reach out to us at (02) 8825-5555.

Facebook Twitter LinkedIn
Tags:
Technology Business Computing Touchscreen
Tip of the Week: 3 Microsoft Office Collaboration ...
Are You Ready for More of the IoT in 2019?